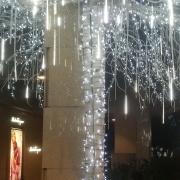 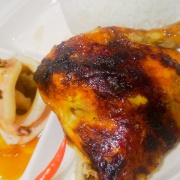 Shangri-La Plaza (colloquially called as Shang) is a large, upscale-luxury shopping mall located in Ortigas Center, Mandaluyong, Philippines established by the Kuok Group of Companies, the owner of the worldwide chain of Shangri-La Hotels and Resorts. Shangri-La Plaza opened on November 21, 1991 and contains more than 300 stores along with several restaurants.The mall is currently under going some interior renovations.

An expansion of the mall, called the East Wing, opened in 2013. The expansion is a part of the 64-storey, twin-tower residential development, One Shangri-La Place.